A lot of common misconceptions float around regarding open source software, not only amongst laymen, but among the software developer community as well. We’ve compiled the most prevalent pieces of misinformation and shall debunk them below.

#1 They aren’t protected under copyright 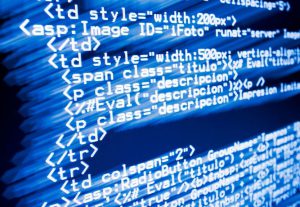 They are. Open source software fall under the very same category of computer programming works, and as such, are protected just as much regarding their objective and source codes, moreover, their documentation, as custom developed or proprietary software are. The rights holders of FOSS software are thus afforded the same copyright, meaning that their consent is required for any and all use or utilisation of the software, not unlike any other computer programs.

#2 They may be used in any way

All FOSS software are governed under a given set of licence conditions, and may only be used and utilised in accordance with the restrictions and conditions on scope, mode, time and location regulated therein. Many different kinds of open source software licenses exist, which hold many various restrictions. The most prominent restriction in these licenses refers to how, and by what licence conditions may derivative works originating from the software be used (this is called viral effect).

This is one of the most often recurring misconceptions regarding FOSS software. More than 200 kinds of open source licences exist, and all give different types and lengths of licence rights. If we grouped them up into archetypes, we could separate five main categories: 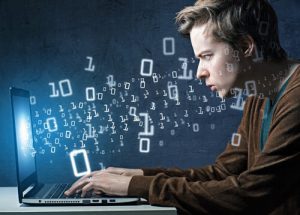 1) Strong copyleft (e.g. GPL v2 and v3) – the strictest licence type, all versions of the software may only be used under the same licence.
2) Restricted copyleft (e.g. LGPL, MPL) – a licence type allowing more exceptions.
3) No copyleft (e.g. BSD, Apache) – the created software may be created under any licence.
4) FOSS with options (e.g. PerlArtistic) – the user may choose between various licence options regarding the created software.
5) FOSS with privilege (e.g. Netscape Public License) – utilisation rights are reserved by the author, with other rights able to be licensed to the user.

In the cases of all FOSS software, the licence criteria and conditions must be examined in order to ascertain available rights.

#4 Their developers are hobbyists

Many believe that open source software are developed by amateur developers at home, after work, as a hobby. While this statement may have been true 15-20 years ago, it no longer applies. As is the case with … software, there are certain FOSS software which are being developed by hobby developers, and there are those developed by professional enterprises. Software development firms often use FOSS licence conditions regarding their software, because the demand for these kinds of software continues to grow, and investors keep an eye out for startup companies such as these. 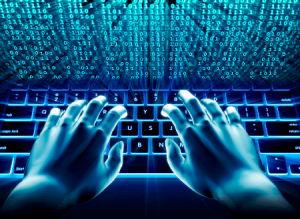 While a prevalent characteristic of open source software is them being free, this does not mean that certain supplementary functions, documentation or additional services can’t entail payment obligations, should the software development company in question not be satisfied with the base version of the open source software and the freely available documentation. It’s not excluded moreover for a software to be open source with licence fees applying simultaneously.

#6 Free and open source software are one and the same

This is partially true: not all open source software are free, and not all free software are open source. The two do not presume each other, proprietary software may be licensed free, and as seen above, it’s not unheard of to ask for a licence fee regarding FOSS software either.

#7 They are not safe

#8 That they may be used without risk

Open source software carry certain business and legal risks due to their licence conditions. For instance, the viral effect may occur in cases of some open source software, meaning that should derivative works be created, then those may only be published and licensed under the open source licence conditions. Different open source licences may also get entangled, as not all types are compatible with each other, as such, the use of many different FOSS software at once poses serious legal questions, the end of which may be the need to pursue substituting software because of the licence conditions being at odds with one another. Legal issues may also result from the tendency of open source software developers to disclaim their liabilities and warranties, making it impossible for the developing company to seek assistance in cases of errors, and having to “swallow” their resulting losses.

#9 FOSS software use will never be found out

In the last ten years, there have been many whirlwind instances where developers were found to be using FOSS software without admitting this. This is how Fortinet was busted in Germany back in 2005, who have tried to hide the usage of open source software by coding, but D-Link and Skype have also been found out to be in violation of the GPL licence conditions.

#10 No harm can come of being found out

There haven’t been many cases yet in Hungary, where the violation of FOSS licence conditions were brought before court, but the tendency in West Europe is that an increasing number of similar cases get tried before a court of law. Should the courts ascertain the open source licence conditions being violated, they usually – pursuant to the plaintiff’s motion – go the whole nine yards in applying the legal consequences pertaining to copyright breaches; a part of which is a preliminary injunction denying the developer further FOSS software use, ordering all copies containing FOSS software to be withdrawn from sales and denying all future sales of the product. Moreover, there can be financial ramifications as well, with the violator being ordered to pay damages and to hand over unlawful profits achieved by misuse of the FOSS software. The largest blow may however be the ordering of the developer to reveal the entire software code containing the FOSS software, destroying several years’ worth of development and investment. Violating companies may also be ordered to issue a public apology, which may provide for a very inconvenient position to be in.

In conclusion: it is possible to develop software by utilising FOSS software with the careful study of licence conditions, but this requires a great deal of care and focus, and in all cases, the legal and business risks should be weighed appropriately.

The authors of the English version are Katalin Horváth and David Beraczkai members of the IT law department at Sár and Partners Attorneys at Law.